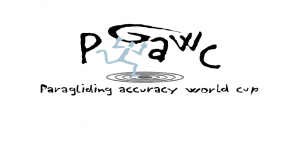 At the first competition in Indonesia (Punchak), 83 pilots from eleven different countries gathered together. Organizer did a really good job at preparation of take off and landing area which are bigger than last year but then weather decided not to cooperate. All competition days, wind was too strong and with occasional rain drops and there was no other choice than to cancel a competition, unfortunatelly.

After this, pilots have moved to Malaysia, a great resort close to Mt. Kinabalu mountain on Borneo island. Weather conditions there were more friendly and organizer was able to complete all six competition rounds, with 54 competitors, from 12 different countries.

After a first couple of rounds it was clear that final score will not be low on centimeters, since landing conditions were rather demanding. Tricky landing area with stronger wind and thermal activity had challenged pilots to show all their skills and experiences for every single competition round.

For quite some time, Indonesian pilots were struggling for the first win at the World Cup and this time they made it. Even better, they won first two positions for individual ranking. They really deserve it, since they were strong during the whole competition. It is true that before the start of a last competition round, a lot of positions were still not finally guaranteed but even this time, the best pilots have won, at the end. On the highest position on the poduim was Dede Nisbah, followed by Nanang Sunarya, Both Indonesia and on the third step was Tone Svoljsak from Slovenia. In Female competition won Adriana Lis from Indonesia, followed by Chiao Yu Chiang from Chinese Taipei and on the great third position was Ifa Kurniawati, also from Indonesia.

Malaysian competition organizer did a really great job, on the flying area and outside. Logistics and accommodation at a nice hotel and a great welcome meal and closing ceremony dinner including excellent prices for competitors, pleased everybody and for sure, they will come back to fly, compete and enjoy in a good crowd.More images in our image gallery here.